Dedeng Hidayat has over 28 years of experience in the PLN Group, in Legal Division, Public Relation and Administration, Legal Aid and Partnership Relations, Compliance and Corporate Law. In year 1994, he started at Legal and PR Division PLN Head Office and through serving various positions within PLN Group. He is currently is the Senior Vice President of Legal in PLN. 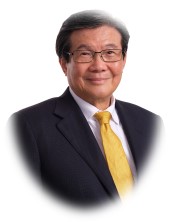